What are we really looking at when we gaze up at the stars in the night sky? That is the question that inspired RIT graduate student Billy Vazquez to build his own backyard observatory. He has now added a spectrograph to the available instrumentation at what Vazquez has dubbed the “Vazquez Astronomical Observatory” (VAO) thanks to a microgrant he received from RIT’s Chester F. Carlson Center for Imaging Science. 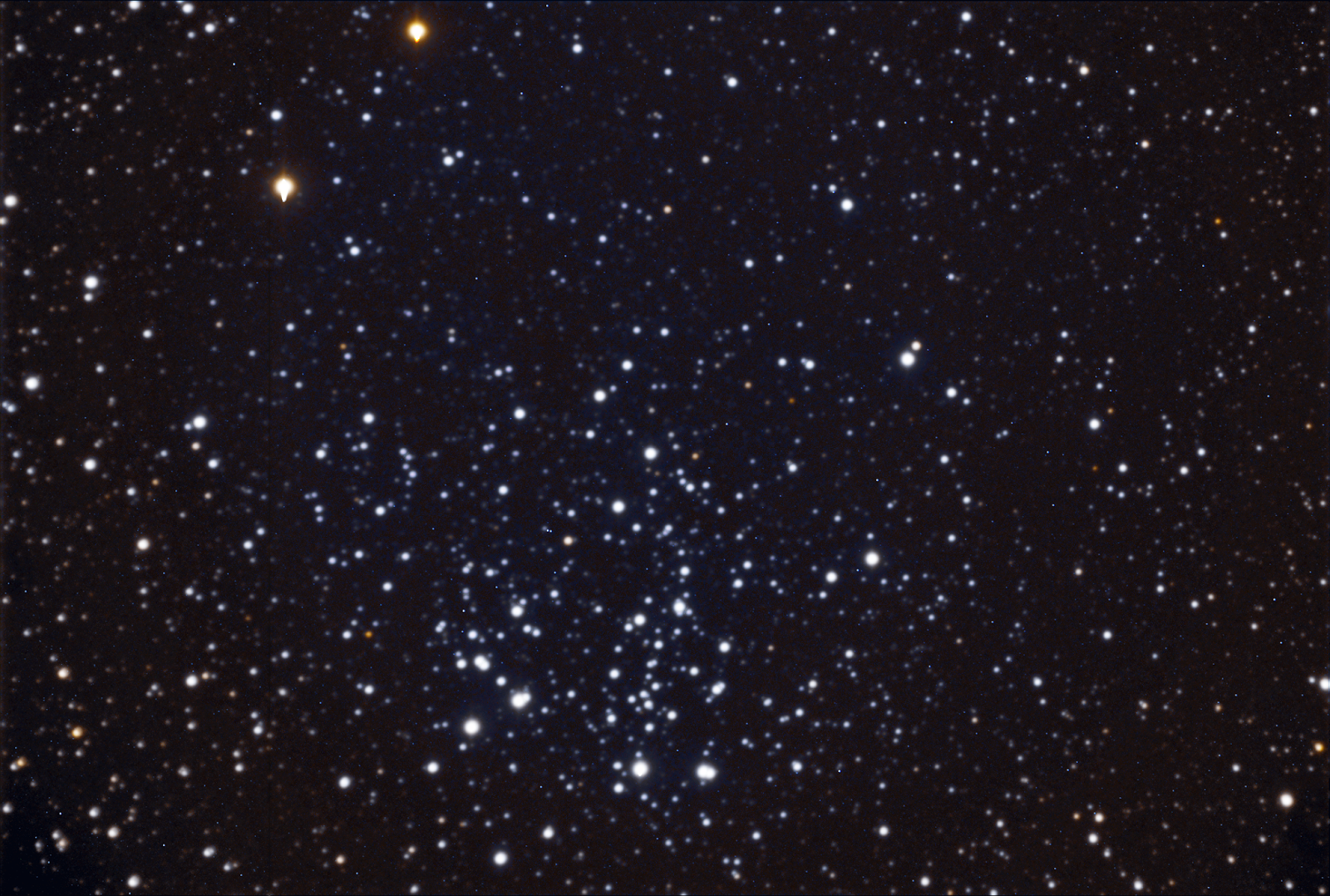 Vazquez studies stars and galaxies visible from western New York by taking optical images with a camera attached to his telescope. Those photographic images, however, portray only what we would see with our eyes if we stared through the telescope long enough.

A spectrograph enables astronomers to capture spectra of the same stars and galaxies seen in telescopic photos. Spectra show the intensities of the different wavelengths of light, just as a ray of light is broken into colors after it has passed through a prism. By using a spectrograph to examine the light that comes from a star or anything else that shines out in the universe, Vazquez and his team get deeper insight into these celestial objects. "We get an incredible amount of information from those spectra."

"If you want to see what a person is made up of inside you take an X-Ray image. That is sort of what a spectrograph does. I attach the spectrograph to my telescope and point it to a star, and that enables me to study the elements within the atmosphere of a star. "

Vazquez is particularly interested in young stars -- stars that have lived a very short time relative to the Sun, which has been burning hydrogen in its core for the last 4.5 billion years. Astronomers look for what Vazquez calls the signatures of youth in stars. For example, the presence of dust around a star is one possible indication of cosmic youth.

Stars form when a cloud of interstellar gas and dust, mainly composed of molecular hydrogen, begins to collapse. Over million of years, gravity compresses the cloud. As it gains gravitational energy, it will heat up and radiate it away, becoming a “protostar”. Eventually, the core of the protostar begins to fuse hydrogen. Such a newborn star is often obscured to optical light because of the dense dust cloud still surrounding it, so newborn stars are difficult to detect with optical telescopes. Eventually winds from the star blow the surrounding cloud away, like the ocean wind blowing fog off a beach. The young star, if close enough to our solar system, then may become visible through a backyard telescope.

If Vazquez has data suggesting that he is looking at such a young star – for example, because the star is known to be “dusty”, or is known to emit strongly in X-rays -- he  then uses the spectrograph to help seek the presence of lithium in the star's chemical makeup. Lithium is an element that is quickly destroyed when a star’s core heats up, and thus it is used as a tracer element for a recently born star. If Vazquez discovers lithium in the spectral information in conjunction with X-ray and infrared excess then he has strong evidence that the star is young, perhaps 'only' ten to a hundred million years old.

Vazquez uses his telescope to assist the Center for Imaging Science faculty member Dr. Joel Kastner in his research on young stars. "My telescope does not reach too far into the Universe but I can still observe lots of stars, even with its 12-inch aperture." This aperture is much less than the diameter of professional telescopes, which can go much farther into the universe and measure the light from galaxies and stars that are much dimmer and harder to find. But, Vazquez says, "from suburban Rochester I can help Dr. Kastner –along with his collaborators around the world--find what they need to see. We can be of some use with this little backyard telescope; it saves time and money and there is no competition for telescope time!"

How far does Billy Vazquez plan to travel from suburban Rochester and the VAO?

"I have family here. I am in my mid-forties and have three kids and my wife works for Xerox, so I don't have plans to go anywhere. My goal is to teach at the college level if possible and continue my outreach work with the community here."

You can see images and read more about the VAO at Vasquez's blog:

Read More
RIT researchers win first place in international eye-tracking challenge by Facebook Research
‘Global Women of Light’ to gather for international symposium at 2019 Frontiers in Optics
Drones are coming soon to a farm near you
RIT and Seneca Park Zoo researchers capturing the sights, sounds and insects of Madagascar
Imaging a future for the past – uncovering lost text from manuscripts
RIT researchers developing ways to use hyperspectral data for vehicle and pedestrian tracking
Leaders in drone technology to converge at RIT for STRATUS conference
Catherine Carlson, longtime area philanthropist and community booster has died
Collection phase begins for “Images from Science 3” exhibition planned for RIT in 2019
RIT, NASA, JHU and STSI evaluate use of digital micromirror devices in space applications